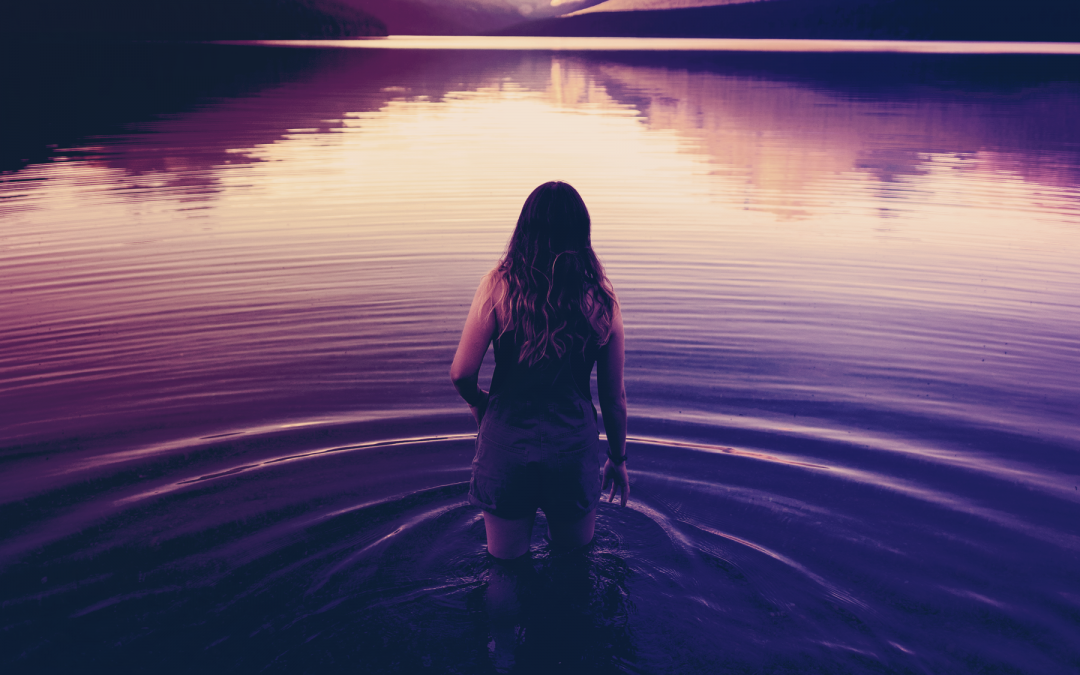 Whoever said that the only thing to fear is fear itself, probably never had much to be afraid of in their life.  Fear can be a healthy thing though.  Since the beginning of time, that feeling is what kept us alive in situations where our ‘fight or flight’ instinct kicked in, or what kept us from walking too close to the edge of the cliff. Like anything, fear is okay when we experience it in moderation.  When people live in a constant state of fear though, not only is that problematic, but it can begin to change their brain as a whole.  The same idea goes for stress.

Picture your brain divided into 3 main areas from the top down.  The top would be the neocortex, say where the frontal lobe is.  That’s in charge of impulse control and decision making, among other things.  Then you have the limbic system, with the amygdala and hippocampus.  That is emotion and memory.  Then you have the brain stem, which is all involuntary function (of course there is much more to these systems, that is just a very basic run down).  When we are in a state of intense fear or stress, but particularly fear, our brains start to shut down from the top down as means of self preservation. The ‘fight or flight’ response that many people are familiar with kicks in when the limbic system is activated (the mid-brain).  There’s also the whole sympathetic and parasympathetic nervous system thing but I won’t bore you with a neuroanatomy lesson.

The reason I preface with this is to say that when we are faced with a situation where fear is the overwhelming emotion, reason and logic often go out the window.  Not because we are unintelligent or anything like that, but because our brain may literally take over and kick us out of the drivers’ seat if it thinks there is a threat it needs to save us from.

I think like a lot of people who have been trafficked, I have a fear of being found by the people who have hurt me.  That they would kill me, or do God knows what else, but thankfully the longer I’m safe and away from them, that fear lessens and lessens. There are things however that have happened in my past that have left me with fears that now still affect me today, even though I’ve been out of ‘the game’ (a stupid term, I know) for over two years.  One of those things is my fear of water/being submerged in water/baths.

Throughout my experience of being trafficked, I was drowned numerous times in numerous situations.  Some of these instances happened to be in bathtubs.  One that often sticks out in my mind is when I was being kept in an apartment and, without going into any great detail, was doing something in a bathroom.  While I was doing this thing, the guy in front of me was in a seated position and had his hands free.  He also had a gun on the counter by where the sink was.  During what I was doing, he grabbed his gun and whipped me across the head with it quite hard.  I felt myself get pulled up, but I think I lost consciousness briefly (or I at least floated in and out) because the next thing I remember clearly was having my face pushed down into the tub.  I remember hearing the water running but it didn’t click until it hit my face that it was the tub that was filling up.  I tried pushing myself up, but his hand was on my neck/bottom of my head pushing down and a lot of his body weight was on my back.  The water started filling up slowly around my face and as it started to cover my mouth and nose, I would only get brought up for air when he saw fit and it wasn’t as often as I needed.  There is obviously more that happened, but some things are better not shared in a blog.

The reason that I share this, along with other experiences that I have had, is that like I’ve mentioned, I now have a pretty intense fear of water and bathtubs. How this shows up in my life today is that I never take baths or go in tubs, I can’t be too close to large bodies of water or rivers or anything like that without getting scared, I don’t go swimming and I hate having water touch my face.  I have to constantly be careful when I shower that I wash my hair in a specific way so that the water doesn’t go all over my face.  I have only recently begun washing my face again as I have figured out a way to do it in sections that doesn’t have my entire face covered all at once, but even that I struggle with keeping up with it daily.

The way fear shows up for me today is not necessarily that I think someone is going to jump out and drown me again, but rather a paralyzing fear where it feels like I can barely move or talk. Just like it did back then when in a state of intense fear or stress, my brain shuts down and solely focuses on keeping alive the best way it knows how to- whether that threat today is real or perceived (like me being reminded of something).

I often have a lot of shame that things like this still bother me even though I haven’t been trafficked for a couple of years; however, despite how active I am in my own recovery, I don’t always get to determine the timelines of when I ‘get over’ things.  All I do is work consistently to expose myself to things little by little so that what used to bother me doesn’t have the same effect that it used to.  I’ve mentioned many times before about how I always try to rush to get better, but when we are shaped by our experiences in such a way that affect us longer-term, it can be a slow process to reverse that.

I am beyond blessed that I am able to work on this in a safe environment where I am supported and encouraged. Like a lot of people, I have a list of fears, many influenced by my experiences, but today I choose not to let those fears define me.  I can wake up every day and choose to avoid all things that make me uncomfortable, or I can wake up and take my power back.  The people who have hurt me in the past have taken enough, and they don’t get to continue to do so by still affecting my life in this way. I get to decide now that enough is enough.  I want to be able to breathe again.