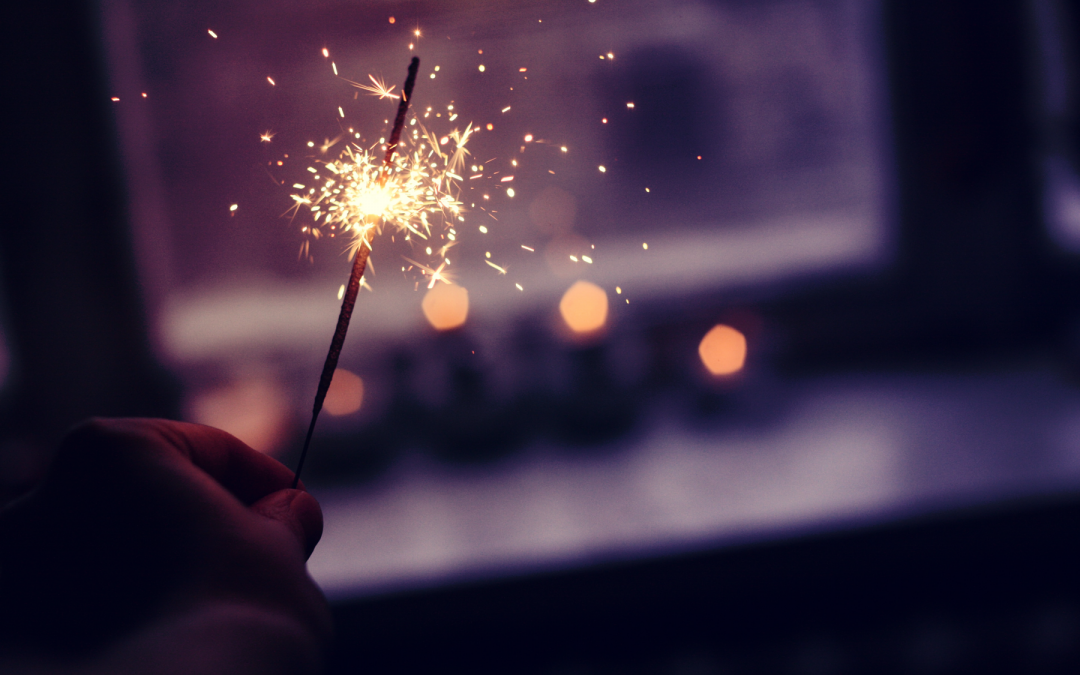 Can you believe it? 2020 is finally over! We made it!! Probably through one of the craziest years on record! At least in my lifetime (as far as global pandemics go).  I know this year has been extremely challenging for a lot of people and we have all had to adjust to a new kind of normal, but that just goes to show the kind of resilience that we as humans have.  I know how easy it is to look at the negatives that parts of this year have brought, but I guarantee you, if you look close enough, you can find some positives in it too.  That’s what the majority of life is. Perspective and a choice.

Now, I have never been a big New Year’s person, and especially not a New Year’s resolution person.  I am a firm believer that you don’t need to wait for a ball to drop to make changes to your life.  Plus, there’s often so much pressure to maintain these ‘resolutions’ that, when we don’t, it’s one more reason to get down on ourselves.  Life is challenging enough without having another reason thrown in to criticize ourselves or think of ourselves as a failure just because we stopped going to the gym or didn’t hold the door open for somebody or had that extra piece of cake (whatever that crazy resolution may be).

For years, I had a mixed bag of feelings about entering into the new year.  On one hand, I would try to convince myself that the next year would be different.  That I would somehow manage to figure my life out, get sober, get away from the people who were hurting me, get off the street and somehow manage to keep myself safe.  I don’t know where that wishful thinking came from, but for a very short period of time, I held onto that hope that things would change each year until it became very apparent that it never would (until it did of course).  On the other hand, I absolutely dreaded the new year.

Don’t get me wrong, a lot of stuff did happen, but nothing that actually managed to take me out (thankfully).  What that left me with though was a living on borrowed time, although then, it wasn’t in a good way.  Often times I felt like I shouldn’t have been alive, and it left me feeling more indifferent and hopeless as to what was happening to me.  Sadly, like a lot of people who struggle with mental health, trauma and addiction issues, this left me susceptible to multiple suicide attempts over the years.

As the years have gone by and I have been so fortunate to gain support and help in my life to not only get out of the situation I was in, get sober and get safe, that perspective I use to have has since changed.  I usually feel very reflective around this time of year and recognize that, just as it was so difficult for me for so many years, it is still so difficult for so many others.  I still often feel as if I am living on borrowed time, but nowhere near in the same sense as I did before.  Now, I want to take advantage of it the best I can and do everything that I never thought was possible for ‘a girl like me’ to do.

I try really hard not to get caught up in resolutions, or any of the ‘small stuff’ that has the potential to bring me down.  For so many of us, not just people who’ve been trafficked, we’ve been through enough already that there is no need for trivial things to make or break our self-esteem when we are trying to start off the new year.  I am all for self-improvement and growth, but if you fall off the wagon, that is by no means a reason to start hating on yourself or to give up.  Not one single person I have ever met has been perfect at every single thing they do every time.  Keep trying.  Keep growing. Keep changing.

If all you did in 2020 was try to keep yourself safe and sane, that’s enough.  If that’s your only goal for 2021, that okay too.  There is no handbook for life, we are all just doing the best we can with what we have, and no one is in a position to judge anyone else for that.  In 2021, my goal is to try to keep focused on the things that matter.  The people I love, my health, my recovery, trying to be a good person, and making a difference.  If there is anything 2020 has shown me, it’s that I am not in control of everything.  And that’s okay.  What I am in control of is myself and how I choose to look at and react to things. Tomorrow is just another day and I am not becoming a new person by any means. But just like any day of the year, I always have the opportunity to make my life better. Not just on January 1st.