Getting Ready for the Holidays 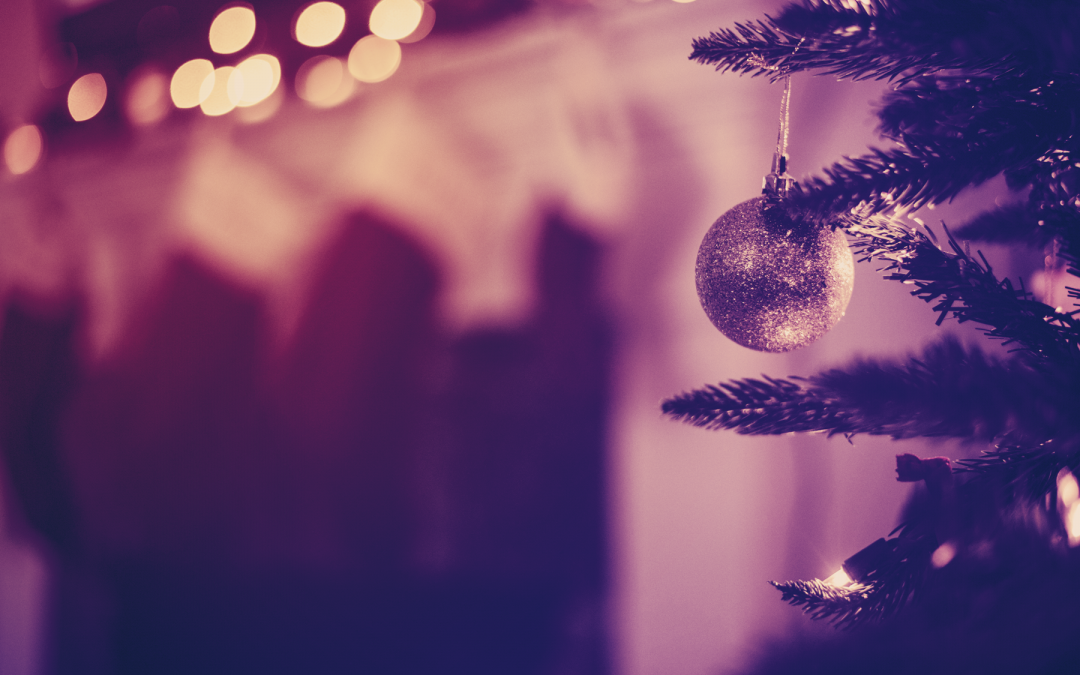 Well, it has officially passed December 1st, meaning that Christmas (or Chanukah, or Kwanza, or anything else anyone may celebrate) lights are going up and that trees are going to be decorated.  Black Friday and Cyber Monday are gone, and people are officially gearing up for the holidays.  This time of year can bring up a lot of emotions.  Some people absolutely love the holidays, the go crazy with decorating, crank the Christmas music and have tons to celebrate.  For others, it can be the opposite.  Sometimes it feels like there’s not as much to celebrate and the holidays can be a very lonely time.

I have a lot of mixed feelings of things that would happen at Christmas.  I remember that I would always make waffles for me and my brother because waffles were his favourite, but I also remember things that would happen when I was little when I wore my special Christmas dress.  I remember that I would get a new pair of pyjamas every year, but I also remember having to go to extended family gatherings with a smile on my face, even though everyone knew what kind of pain I was hiding underneath my smile. I remember that I clung to the belief that Santa Claus was real much longer than I should’ve. I was clinging to a deteriorating kind of belief until I was 14- probably seeming like an absolute idiot, but I’m sure there’s some psychoanalytic reason for it. For some reason, I remember being younger and thinking at the holidays were supposed to be a ‘good’ time of year, and that bad stuff wasn’t supposed to happen over that period of time. Even now, looking back, I remember being smaller and thinking that the stuff going on back then would stop over the holidays because it’s this magical time where everyone takes time off and loves each other and is giving and is all about world peace and cares about others and all that stuff, but that was never the case.  That might not have been my exact thought process, I might’ve thought that I had tried to be good or something so ‘Santa’ would give me a break, but you get the point.  As the years went on, holidays with my biological family just got more and more challenging, the last time that I saw them for a holiday (which is years ago now), it ended with me high, my dad doing something not very nice, almost breaking my neck, and my mom telling me to go kill myself. I try not to be a grinch, but you could say that I’m not exactly a holiday person.

Until I came to SafeHope, for the past almost 10 years, I’ve spent Christmases in hospitals, on the streets, in treatment centres, in hotels, in shelters, with men I either do or don’t know and in other very high-risk situations.  For me, when I was using and involved with my trafficker, I absolutely hated the holidays.  I would be on the street and I would see people walking around with their families, doing their Christmas shopping, taking all kinds of cute winter photos and I would get so jealous.  Now, don’t get me wrong, I am very happy for everyone who does that and who has a good life. That’s a very good thing! But at that point in my life, I was just very sad that it wasn’t me who was able to have that too. Having to fight people to sit on a heat vent on the street or in a doorway is not something I ever want to do ever again, but that was the reality of things for years during the winter months.  Depending on where I was staying at any given time, there are usually drop-ins that offer some kind of Christmas dinner, whether on Christmas Eve or Christmas Day.  Although the food was always really good and the people were really kind, sometimes it was just a sad reminder of what I didn’t have.

I don’t want to speak for anyone other than myself, but I know the holidays are also a lot busier of a time for working.  When I was out there, I was working way more around the holidays and leading up to it.  Whether people were getting bonuses or were lonely themselves or what, I don’t know, but I remember Mid-December, right through to New Year’s (especially New Year’s) always being crazy.  Now, working is never fun and it’s always painful and lonely (in my opinion), but I remember there was one time that it was especially hard, emotionally I mean.  It was on New Year’s and I was at one of the hotels I would get run through sometimes.  I walked into the room with the guy that brought me and there was a drug dealer there to shoot me up (even though I could do it myself, they would insist on doing it sometimes).  It was a bigger job and I was there for most of the night, but after it was done, there were two things that happened that stuck out to me.  The first one was that the dealer had a one-dollar bill, ripped it in half and gave it to me.  He said it was Christmas present and that it was supposed to be a good luck charm.  Now, this probably isn’t true, and I didn’t have any luck from it, but this was the first Christmas present I had had in years.  Part of me wanted to cry, but with the situation, I was in I obviously couldn’t.  The second one was that, as we were walking out of the hotel, I remember that it was snowing and thinking that so many people had people over for the holidays and had people around who cared about them, and somehow being with this guy taking me back to where we were going, felt like the loneliest thing ever.

I would have these moments every now and then where I would stop and have these very sudden moments of clarity and that was one of those times.  Where I would really see my life for what it was and where I was at, and when I was at that place, it made me very sad.  I think that’s why I struggle with the holidays sometimes because I still associate all of those feelings with this time of year. I know that I am by no means the only person who struggles with the holidays or has been through hard times, not in the slightest, and it definitely helps me appreciate everything I have now; however, something that I try to carry with me through all this is a strong sense of empathy for others who have a hard time during this time of year.  If you can’t relate to any of this and have amazing family traditions and absolutely love the holidays, I am genuinely so happy for you and do truly aspire to get to that point one day, but please, please, do not take what you have for granted.

I do every day anyway, but especially around the holidays, I try to say a bit stronger of a prayer for people out there struggling in hopes they can find their way.  I was able to find a home here to finally have my first real Christmas last year, where I was safe, secure and loved. I hope that everyone has that chance at least once too.