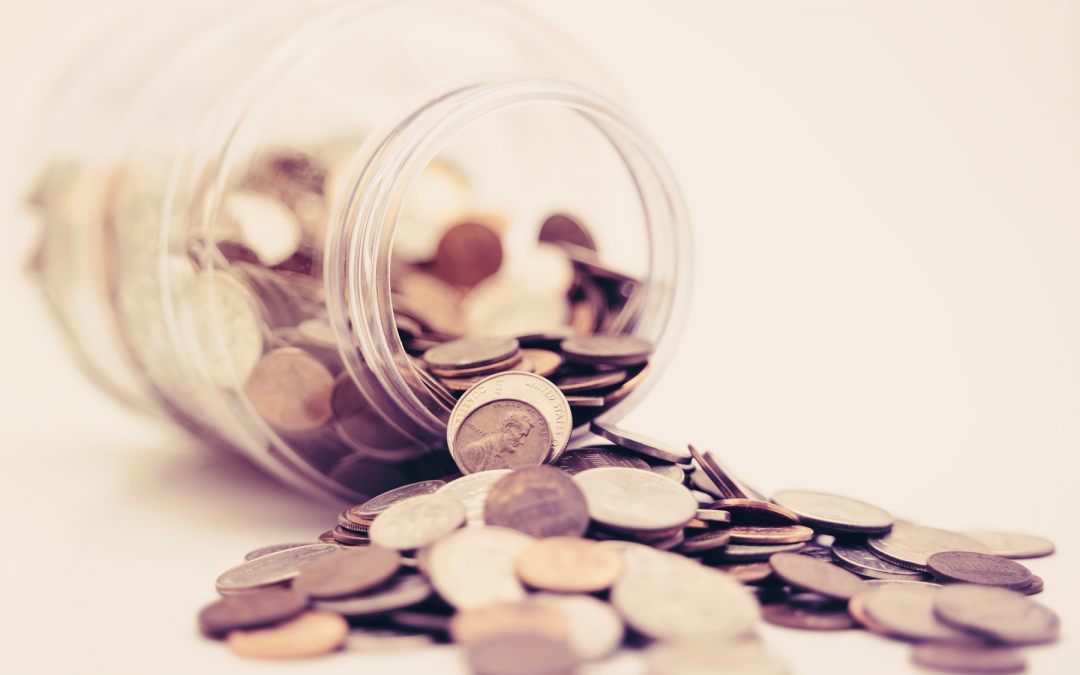 Money is a topic that can be quite challenging for many people and used to be a source of great anxiety for me for many years.  For years, not only was money ‘the source of all evil’, yes, but it was also what was in between me and getting high, being able to eat, being able to have shoes (there were times I didn’t have shoes) and, like everyone, participate in the day to day workings of society.  Now, the flip side to this is that for the majority of my life I had had my literal worth as a human being attached to a dollar amount, so there was yet another weird dynamic that money had in my psyche too.   Getting out, a lot of people talk about ‘re-wiring your brain’ and how that’s part of healing from trauma, and while that’s 100% true for a variety of thought processes and responses, I found that the same had to be done for things involving money.

In my situation, I was never in charge of any money or passed off any money or anything like that.  I was always accompanied at jobs, so the money was given directly to the people who had me or they had made some kind of other arrangement prior, but the money never passed through my hands.  I by no means knew everything about how the cost of things were worked out or anything like that, I wasn’t a part of making my ads so I didn’t know how much I was ‘going for’, but what I did know, is that as I got older, I wasn’t worth as much.  I was having to work more and do more things the older I got and, while this could very well be unrelated and just be because my traffickers were wretched people, I had always correlated that with my ‘worth’ going down and having to make up for it.

The only time I would ever have any money for any period of time would be when I had to run drugs for them, and I learned very quickly not to mess with that in any way, but that’s not the point of today’s blog post.

My point for sharing those things is that money and its connotations are not the same to me now as they were back then.  Coming into recovery, I had no sense of responsibility for money whatsoever.  I had no idea how to financially take care of myself and I was scared, but the thing was, I wasn’t just this helpless girl who couldn’t do anything.  That may have been the narrative that people wanted me to believe to keep me beaten down and whatnot, but once I took a step back and had the chance to look at things through a different light, I realized that I was actually very resourceful and intelligent.  Realizing that if I couldn’t do things myself, that could lead back to me being homeless, hungry and hurt was daunting- and there was no way I was going back there. Not again.

Being able to budget was the first thing that I had to do. Once I realized what it was, I found out that it sounded a lot scarier than it actually is- like the majority of things in life. All I needed to know was where I was spending my money and if I was spending too much. That’s it. If I was spending too much I just had to cut back where I could and only get what was necessary.  As I learned to do that, I learned to save a little bit along the way.  For me, being able to save money was important because that meant becoming more independent, but also more stable in my recovery.

As we all know, things in life cost money.  Something that I know a lot of girls struggle with coming into recovery is the fact that, if money was something that was easily accessible before, or they were used to higher-end things in the past, that may not be the case anymore. The idea of working for minimum wage isn’t always appealing when someone may think they can go ‘work for themselves’ and make however much more money than they would working a regular job.  I see a lot of girls fall into this trap and 99% of the time they fall back into the exact same situation they were in, if not worse.  Some people may think that they just need a bit of money to get started and then they will be okay, they just need to support themselves, but the truth is, when it comes to money and this industry, it’s never enough. That’s part of the reason why trafficking exists.  People are willing to go to any length, doing the worst things imaginable to another human being, just to make money.

I personally have never done any of them, but I know there are so many great job readiness/employment training programs that are designed to help get people who have been through stuff back into the routine of working so that they can be successful.  Me personally, I’ve gone back to school, and that’s taken a lot of work too.  Although I’ve had a lot of help with OSAP (which is a whole other beast), involving the national student loans thing and all other kinds of annoying government stuff, I’ve still had to work to save all kinds of money for textbooks, my laptop, living expenses and other things I’ve needed along the way.

Just like everyone, there is always going to be some kind of financial stress at some point in life, but working is never the answer, and it is never going to solve it. A lot of people have this idea too that they’ll be able to ‘work on their own’ after they get out of a trafficking situation, but that is so extremely rare and dangerous, I would not recommend trying it.  Being trafficked (unfortunately) puts you at a higher risk of being revictimized, especially if you are already known in the industry or have people out there who are still looking to hurt you. Making a few extra bucks, risking your safety and further obliterating your sense of self-worth isn’t worth it.

I’ve taught myself a lot of things and people have helped me out a lot whenever I’ve had questions along the way.  I’ve started to get a lot more comfortable with banking stuff and, if you know me in my personal life, you’d know that I invested for the first time ever this past week! I was extremely proud of myself. I still don’t understand all of it and it’s all very new, but what I do know is that I’ve made 90 cents so far! That may not sound like a big deal, but if you’d asked me a few years ago when I was getting moved around from place to place, working 24/7, that girl would not have been able to tell you about her investment prospects- so I’m calling this a win.