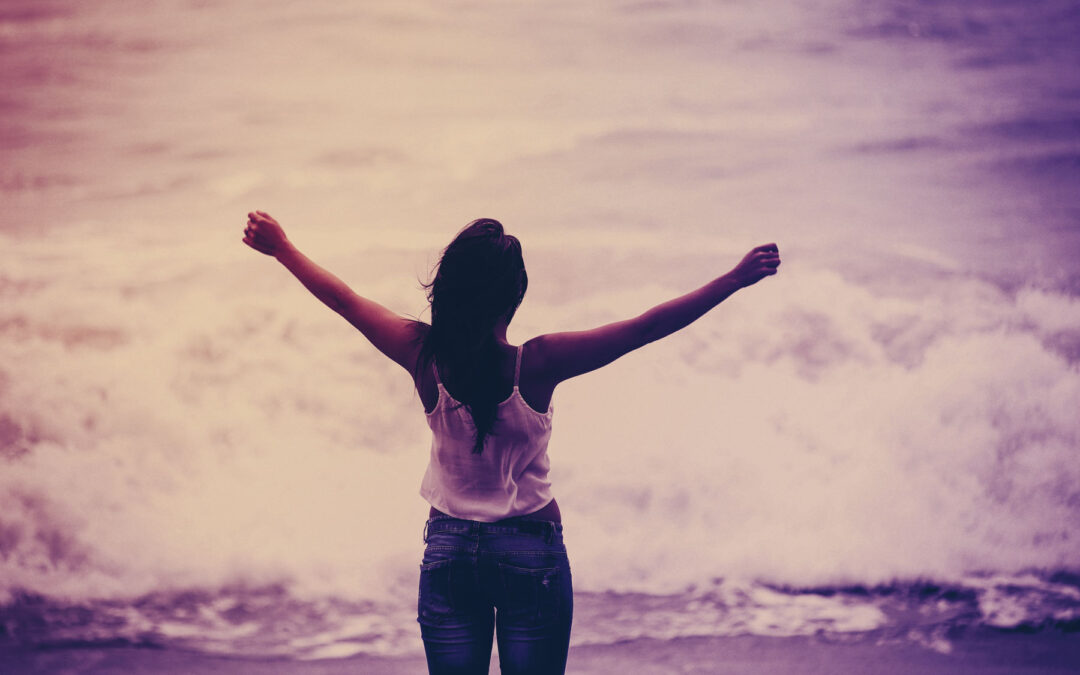 The journey out was as harrowing, confusing, and exhausting and seemingly endless as the journey in. Although the officer met me at the hospital offering that to move me to a secret location and set me up with all kinds of supports if I gave a video statement about the trafficker, and although I gave that statement, and even a second one when he said the first was not good enough, I never saw any of the promises he made come to fruition.

We were visited by Victim Services, and what we were given, instead of a safety net or housing, was a list of 40 numbers of different services to make our way through. The only other tangible help they gave us was food vouchers, for a couple of trips to the grocery store. This is not something that somebody leaving trafficking, and with full-blown PTSD needs. My mum worked her way through those 40 numbers, which led to 40 more numbers before she finally reached the MPP and Attorney General’s Office. She even went as far as to contact Fifth Estate. All she wanted was help for her daughter. Finally, after my mum’s persistence, they said they had something to offer us, called “wrap-around”… part of a ‘strategic planning committee’ formed in Scotland, where a team member from each of the services would meet at our house and come up with a plan. This happened on two occasions. Attended by a nurse, a police officer, and a social worker… seemingly all they had to offer in any tangible way was a single mattress for me to sleep in the basement of the house we were in.

My mum was desperate for more separation than that between her and I because of her own CPTSD. My own trauma was too much for myself to bear, let alone her, so she asked them for a hotel for me. They reluctantly gave us a two-night break from the hell we had been living. Because my mum had custody of my son, she was very aware she needed to protect my son from the aftermath of the trauma I had endured, including flashbacks, night terrors, and everything else that comes with it. My mum also knew that because we had reached out to services, they now had a duty to report to Children’s Services and she was expecting a knock at the door. It surely came and my mum had to choose between me and my son, one of us would leave the house, and it wasn’t going to be my son. My mum told me with love that I had to pack my bags, and head to a shelter in Toronto.

I was shuffled between shelters, transitional housing programs, and psych wards during the next six months. One transitional housing program was so understaffed that they had employed an outside staffing agency, whose staff were not trauma-informed, and a few of them were even the same age as me. It was strange. One time, while in this program, I had a psychotic episode, resulting from a flashback. The staff called the police instead of an ambulance for mental health help.

I ended up waking up in the hospital having been tased in the neck by the police. This is illegal by the way, they’re not allowed to tase someone in a mental health crisis. The hospital then released me the next day, claiming the police never should have tased me and the doctor even disclosing to me that the police in that area have been tasing many individuals with mental health problems and then bringing them to the hospital. He was bothered by this and expressed he was sorry for what I was going through, but now I was shuffled again to another shelter, this one in Richmond Hill.

Whilst all this was going on, my mum was still making phone calls to as high as she could go in government departments, trying to get me help. All she knew was her daughter was scared and alone, getting tased, and bounced around from place to place in Toronto. Finally, one agency listened. One person heard. And the next thing I knew, I was being given a spot at SafeHope Home. I entered there with trepidation. After all, the trauma, the tasing, I wasn’t in any place to trust anyone. I didn’t know what to expect, but I expected the worst. The night before I went to SafeHope, I had a nightmare where 5 other girls attacked me and then called the police and had me charged. That dream just goes to show how terrified I was. I thought I’d be beaten and bruised once again and be bounced to another place. I thought everyone would hate me, or I would hate everyone.

The first two or three weeks being at SafeHope Home I was so angry. I was constantly in panic mode. I felt like everything was triggering me: the program material, being in a place I didn’t know, feeling isolated, not having connections, not being allowed to see friends unless they did a safe person training… it all seemed overwhelming. I couldn’t see the value of it all yet. I had quite a distorted view of the world, and of myself. Those first few weeks are so difficult, and in the year I’ve been at SafeHope Home, I’ve seen a couple of girls come into the home and not get past the first couple weeks, and I understand why. You psych yourself out because you’ve experienced time and time again the world just giving way under your feet, so you almost wanna do it yourself so that it’s in your control. After having your control stripped from you for so long, being in a place where you are free to leave feels terrifying, and as soon as one thing goes wrong, you want to use that power you have and leave. I’m so glad I chose to stay. It was a battle with myself, and those first few weeks I must’ve said I was leaving at least 15 times, probably more. I ended up staying, however, it was a long and daunting road, full of many trials and challenges to overcome. The first being: learning how to trust again.