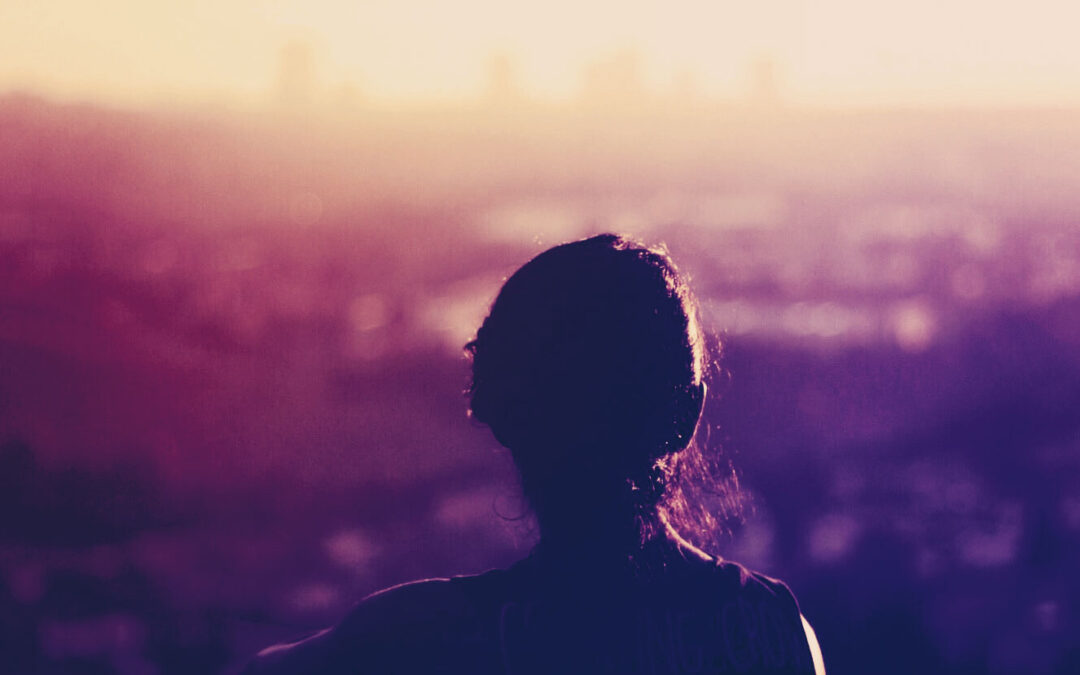 It was when my mum came to visit me in Ottawa that she noticed something was wrong instantly. Bear in mind I had painted a picture to her: of me having finally gotten my life together, an apartment, a boyfriend… I made it seem like I had it all together when we communicated because I wanted to believe that myself, but by the time my mum got to Ottawa, my relationship had turned into full-blown stalking. I had tried to leave the relationship time and time again and my mum and I finally decided to go no contact, as that’s the best way to deal with domestic abusers, however, he intensified once I stopped contact, and it got to be too much to handle.

After many arguments, my mum and I devised a plan to get his license plate number, since I didn’t know his last name to file a restraining order, and my mum also reported him to crime stoppers. Once I got the license plate, the police informed us that the car was not even in his name, so we were back to square one. My mum already had PTSD so her nerves were already bad, and we were out at a dentist appointment one day when I found out that he had hacked my Instagram account, and changed the password and username. At this point, I had his number blocked and had to unblock him to call him to get access to my account back which was his plan all along. He used my account as leverage over me, knowing there were photos on it that I wouldn’t want to lose.

My last trafficker, when I left him, had deleted my entire Instagram account, containing so many memories which I never got back. So when Mumbles hacked my account I went into instant panic mode, thinking the situation was the exact same. In retrospect, it was quite similar. I ended up breaking down screaming over the phone to him, and my mum had to walk away because I was unable to listen to reason. I was made to wait for an hour or more until he finally drove to see me because he said he wouldn’t give me access to my account back until I had a talk with him in person, which was really just him talking and trying to manipulate me while I sat there silent. I had to convince him I’d get back together with him so that he’d give me my account back, and then once I had access to it I changed my password, and blocked his number once again and together with my mum we came up with a plan to move out of the city of Ottawa.

It was All Hallows’ Eve, and the plan was for my aunt and my mother to pack up my place in Ottawa while I met the new landlords in Cornwall and got the keys for the new house, and then I was supposed to be at the new house in the morning to meet the movers with the truck. My son was with his usual babysitters for Halloween trick or treating. Everything would’ve worked out perfectly… except I was fooled. Mumbles somehow convinced me to listen to him when he called me on a new number once again. He must’ve known that I was done with how he’d been acting, so he decided to play it a bit differently.

He pretended to understand. He played this whole part of finally having come to the realization that he messed up and that our relationship had been toxic and that it was best for us both to go our own ways. He apologized for everything he’d done, and although this was not the first apology, it seemed to be the most sincere one I’d heard from him. I had a surprisingly good twenty-minute conversation with him over the phone. For the first time in all the time I’d known him, he actually talked about his emotions. He told me that he was just scared to lose me and that’s why he had been making new numbers and coming by my place and not wanting to let me leave. He told me he was in love with me but prepared to let me go now.

I bought every word. See, that’s the thing with these guys! They’re sneaky. They’re so good with their words. They make you believe them. Even when you know they are liars because they’ve lied to you countless times before, you still end up believing them because they’re so good with their words. They play the perfect part when they need to. And that’s what he did that night. He convinced me to meet up with him to ‘say goodbye’. He said he just wanted to see me one more time, and I wanted to see him, of course I did, but I never should have agreed to it. He drove to Cornwall and picked me up from my friend’s house, and as soon as I got in the car he rolled a blunt and then started to drive to Ottawa.

We smoked and talked, and he was so understanding and sweet and kind. It was like going back in time to the first week of knowing him. He complimented me and actually listened to what I said when I spoke. We ended up going to Montreal to his friend’s house and we had a pretty good time, then I told him I needed to be dropped back in Cornwall. He agreed but when we got to Cornwall he convinced me to spend the night with him in an AirBnB in town and say our goodbyes in the morning. He said he was too tired from driving all night and he just needed to sleep. I should not have agreed to this, once again, but I did.

The night was alright, but the morning was a whole scene. I don’t know what started it but there ended up being an altercation between us where my hand was cut open with a knife. There was blood everywhere. I could see the fat in my hand. I was freaking out, and I was supposed to be meeting up with the movers right now at our new place. I called my mum, frantic, screaming, not knowing what to do. She called the police. I suppose she called the police rather than an ambulance because of the frantic nature of the call, but I’m glad she did. Otherwise, I never would’ve been able to get Mumbles to leave me alone.

When the police got there they called an ambulance for me, but the officers noticed something was not right about the scene. They knew it was more than a domestic situation. They took down Mumbles’ information, and for the first time, I learned what his last name was. The ambulance brought me to the hospital, where I got 8 stitches in my hand. My mum met me there to get the keys to the new place and go let the movers in, and one of the officers met me at the hospital too.

He talked to my mum about what he made of the situation, and for the first time, my mum understood fully what had really been going on in my life over the last few years. He spoke to me afterwards as well, and although the police pressed charges and I was subpoenaed to go to the court date, I was still in denial. It took me about a year to come around and finally understand the truth.

Even now, some days, I find myself reverting to old ways of thinking, wondering if he really ever loved me, and thinking that maybe it was all just a big misunderstanding. But whenever I think like that, I just look at my hand where it was stitched up and I remember all the physical and emotional abuse, manipulation, gaslighting and toxicity that I endured over those five or so years of my life, and I remember I never want to go back to that place ever again. Not with Mumbles. Not with Sushi. Not with any man or woman on the face of this earth. Not alone. Not with friends. Not for fun. Not for money. Not for love. Not ever.