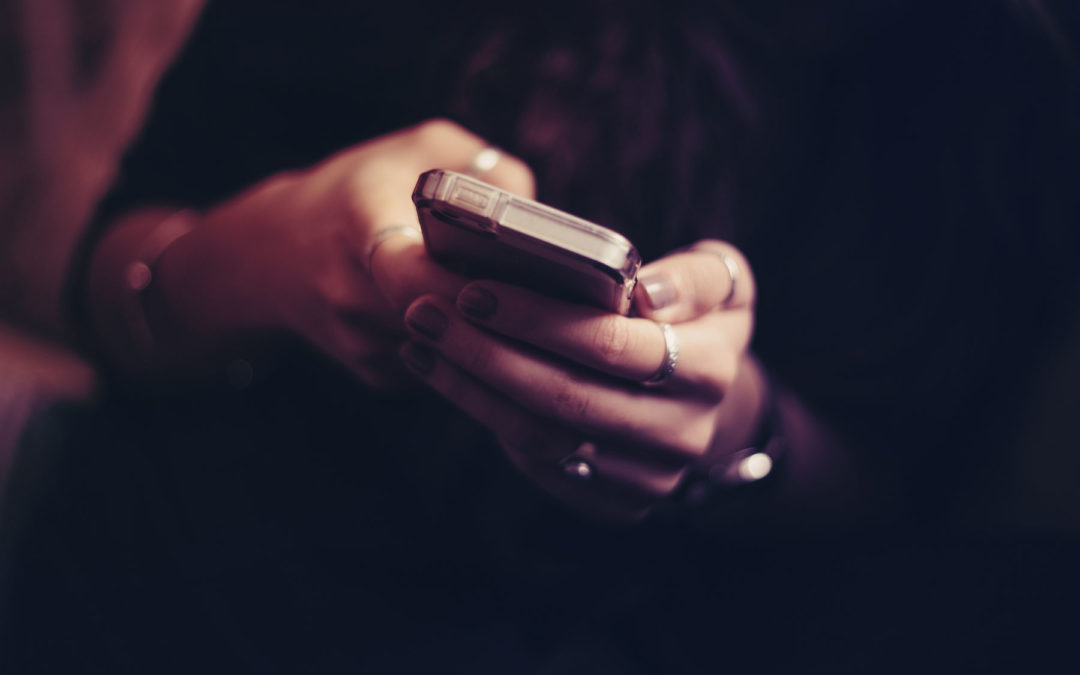 Love. I just wanted love. I refused to acknowledge how traumatized I was, or what I was doing with my life. I drank every day, and smoked $100 worth of weed per week, sometimes more, while living at my dad’s place. I dealt with none of my trauma. I wanted to believe I could just change myself and be a bad ass, so I decided to make my own money. I was still brainwashed into thinking that money was the solution to all of my problems. This guy I knew a town over said he’d pay me $800 to go chill with him for the night. I figured I’d give that a shot, but I didn’t have a car, and I didn’t want my dad to know what I was doing.

Have you heard of Snapchat? Snapchat is the absolute best way for someone to communicate if they don’t want anyone to know what they are communicating about. It’s just ideal. Snapchat deletes your messages instantly. All of the drug dealers, pimps and escorts that I’ve met in my day used Snapchat. The thing about Snapchat is you don’t really know who’s adding you all the time. That’s how I met Mumbles. I have no idea when he added me on Snapchat or how long I’d had him on there by this time, but I’d always seen him posting videos of him driving around, or out on hiking trails with his dog. He seemed like a really chill guy, but I had no idea who he was.

I ended up messaging him asking if he’d drive me to the next town over and I would pay him for it. He agreed and came to pick me up. Keep in mind I had no idea who this guy was. I don’t know why I thought this was a good idea, it could have honestly turned out a lot worse than how it did. I could have been kidnapped and/or raped and killed. Thankfully, I wasn’t. What happened was this…

He picked me up and drove me over to the next town but the guy who had wanted me to come ended up leaving me hanging. So, I didn’t have the money to pay him for the ride but he didn’t mind at all. On the drive to the next town over, him and I had been talking a little bit. Well… he didn’t really talk all that much… I did all the talking. But I liked him. He was sweet, and quiet, which was a big change from Sushi who had been cocky, aggressive, loud and obnoxious at times. This guy said his name was ‘Mumbles’ and I laughed because he mumbled whenever he did speak, so it was just ironic I guess, and kind of a stupid name.

I should have realized with the name that I shouldn’t be hanging out with this guy. If someone introduces themselves as their street name, you should probably just distance yourself immediately. I just wanted someone to love me, and Mumbles seemed so different from my ex who had turned out to be so evil. So, when Mumbles asked if I wanted to go to Ottawa with him and do something, I said ‘yes’. I’ll spare you the details but by the end of the night, we’d both said I love you to each other very passionately. It’s so strange to me because it felt so natural, but you don’t fall in love in one night. It’s insane to think that you would. I wanted to believe in love at first sight and he was so handsome and so kind and gentle. I wanted it to work out but we had started the relationship with him driving me to make money and so that was what he expected we would do from then on out.

Mumbles was different from Sushi in a few ways. One of those ways being that he refused to let me actually have sex with any customers. He “Didn’t want to share,” he said. He wanted me to get in, get the money in hand, and then make up some story and get out as quickly as possible with the money. I didn’t realize at the time but this had even more of an affect on my mental health, as I felt like I was wronging many people. I remember one customer we drove to who told me that his wife had just died of cancer and left him with their two children and he a was very kind and sweet old man. He probably wouldn’t have even wanted to have sex with me, he just wanted someone to talk to… someone to hang out with but Mumbles was in the car waiting so I took his money and left. I ended up crying in the car telling Mumbles I felt so bad. Whenever I did this, it would result in an argument between Mumbles and I where he would get jealous and tell me to just “go be with the trick then if I liked him so much” (trick is another word for customer).

We would argue occasionally at first but Mumbles made an effort to make me happy most of the time. He bought me makeup, complimented me on how I looked and squeezed my cheeks frequently as a sign of affection, he was just very affectionate and loving. To me, it kind of made up for the occasional argument. I was at Mumbles’ place almost every night, so when he mentioned I should get a place in Ottawa, I was down for it. Like three weeks into the relationship, that’s what I did. I got an apartment in Ottawa. My mum heard from my dad that I was spiraling, so she moved back to Canada with my son and moved in with my dad, in hopes of helping me once again. But I was in denial and you can’t heal if you don’t acknowledge the wound.

I got a place in Ottawa and the relationship with Mumbles got toxic really quickly. He was jealous of everyone in my life, so I ended up cutting out a lot of friends and barely talked to family. I remember one time I slept over at his place and he woke me up early in the morning screaming because he’d gone through my phone and scrolled ALL the way back in my Snapchat memories to like two years prior, where there was a picture of me with another guy, and he LOST IT. He threw my phone at me, calling me a whore, a slut, and a waste. It was like this often. Whenever I would try to leave his place when we were arguing or god forbid break up with him, he would break down crying, gaslight, or emotionally manipulate me. He wasn’t violent like Sushi had been though, and for some reason because of that fact, I thought he was a good man. He wasn’t a good man, he was just a better man than Sushi had been. And that’s not a high bar.

My subconscious caught on before I did. About a month and a half into the relationship, I started having flashbacks of the rape I’d endured a year prior. They were vivid and very intense, Mumbles didn’t know how to deal with it. We got in many arguments about that, as well. Things began to escalate between us. Cops were called about four times where I told them that Mumbles wouldn’t let me break up with him and was very controlling and possessive. They basically laughed in my face each time, asking me what kind of a girlfriend doesn’t even know her boyfriend’s real first or last name. Eventually, I learned Mumbles’ first name but I wanted to know his last name too. So, one day, I reached for his wallet to check his ID and he snapped! He snatched the ID away from me, screaming at me, he called me every name in the book. He was so angry. I was left even more confused and hurt.

I was constantly trying to break up with him by the two month mark, it seemed. Every time I left him, something happened that brought me back. At first, it was how much he seemed to love me. He’d cry or text me he loved me and that he was sorry or that he would change, and I’d want to believe him. This is the messed up part because I genuinely believed this man was my boyfriend, not my trafficker. My mum came up to visit me at my apartment, and she instantly noticed similarities between Mumbles and Sushi and told me and I denied it to her face because I denied it to myself. There were a lot of arguments between my mum and I about Mumbles during that time in my life. Soon it became clear that all of Mumbles’ empty promises were just words, and I stopped buying into it, but that didn’t stop him… his tactics just changed.

He’d call me at all hours, sometimes crying, sometimes yelling. At first I bought into it, answering his call, going to meet him outside and smoke with him, but when it became clear that was getting me nowhere, I stopped enabling him. When I’d block his number, he’d create a new one and call again. He’d call off blocked numbers and his friends phones, he even called my mum’s phone multiple times to get a hold of me. He even called my mum a racist one time when he called, claiming she was the reason I wasn’t contacting him. He knew where I lived, so he came to my apartment and came up the backstairs banging on my back door when I didn’t answer him. The landlord ended up calling the police on me multiple times with noise complaints from him yelling at me to let him in, and me yelling at him to leave.

He came to my apartment one day to the front door and just held his finger on the loud buzzer for half an hour until I finally went downstairs and told him I’d call the cops if he didn’t leave. I actually had to call the police in order for him to leave but he was gone by the time they got there, and the police said I couldn’t file a restraining order without his last name. It was insane. One time, while I was out with my mum, Mumbles hacked my Instagram and messaged some people and changed my Instagram name. He did this so that I would contact him. Of course, I did. I called him immediately but I was in panic mode. That happened so much while I was with him, just panic… constant panic. I was living in fight or flight response mode. It was so dramatic. Getting out of it was so hard. But we finally did… I finally managed to get out of denial somehow and then a whole new journey began… the journey to escape and eventual recovery. That journey came with its own set of struggles, which were equally as difficult as what I’d just been through.