Introduction to the Sex Industry 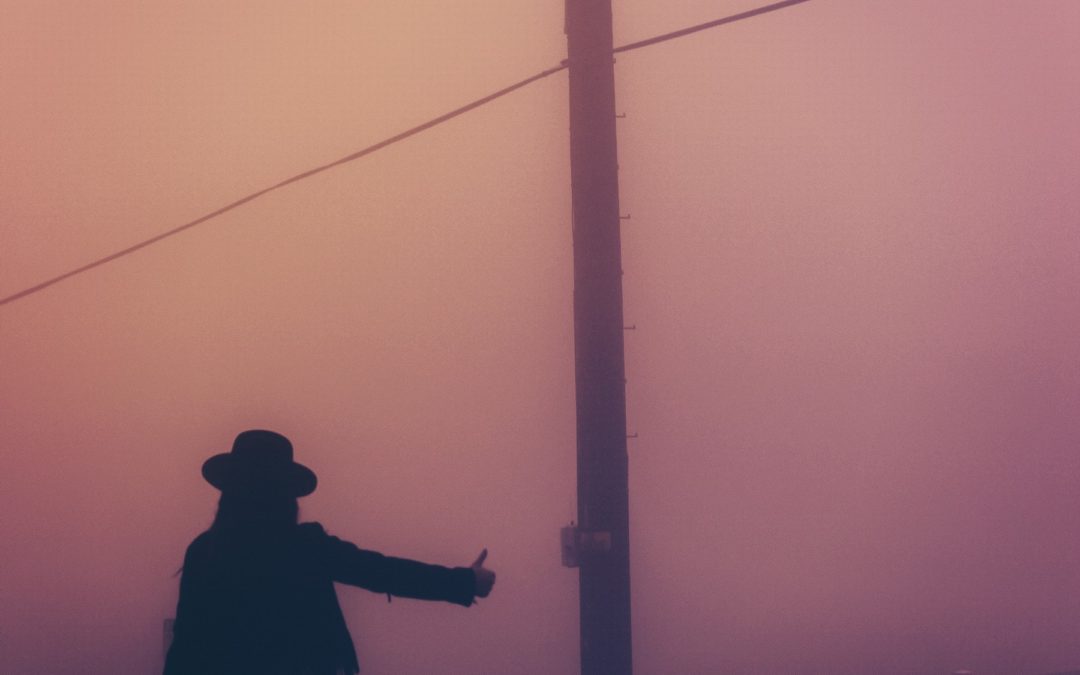 With my sickness and mental health spiraling even more, and no results coming from doctors, my mum and I reached our wits end and decided to give the one last possible option a shot – that this sickness was actually caused from stress or anxiety. So my mum thought of a solution since there is no test for stress-caused illnesses; my mum said I should try going away for a week and see if being on my own in a hotel room somewhere for a week helped relieve the symptoms at all. We came up with the money for the hotel room and a taxi to Belleville to stay in a hotel and relax, (since there was none in the tiny town of Madoc), but on the evening that I was supposed to be heading out to Belleville, for some reason I got in an argument with my mum.

I seriously don’t remember why we got into an argument, but we did, and I ended up taking my suitcase and walking up the road to Belleville. Now, Belleville is about a 40 minute drive from Madoc, so I clearly wasn’t planning on walking the whole way there. If you’ve read my previous blog posts, you know that my mother had hitch-hiked with my sister and I multiple times in the past, so hitch-hiking was no foreign concept to me. The strange part isn’t that I decided to hitch-hike that night; it’s who I decided to accept a ride from.

I don’t remember what the argument with my mum was about, but I remember the walk up that road in detail. It was beginning to get dark. I lugged my suitcase behind me, and it was a pretty steep incline at one point so I was a sight to be seen for sure. Twice in a row, nice old men pulled over to the side of the road to offer me a ride. These were nice, genuine old men, not creeps. I can tell the difference instantly thanks to my mum. But for some odd reason, I declined both of those rides. I have no idea why I did that. Maybe I was still heated from the argument and wanted to walk a bit more or something, I’m not sure.

About 10 minutes after the last nice old man offered me a ride, another car started driving up behind me. I heard it before I saw it, the bass from their music was almost deafening. I stuck my thumb out and they pulled over. It was two guys, one in the passenger seat, and one driving. The car smelled like weed, they were playing trap music, and for some reason I decided to let the driver put my bag in his trunk & get in the car with them. The guy in the passenger seat was the one who talked to me the whole time, the driver literally said barely anything the entire drive to Belleville. So I never learned the driver’s name, but the other guy told me his name was Trappy. I should’ve known right away when he told me his name that he was bad news, and honestly, I think I did know… but for some reason I didn’t care.

Trappy was a white dude, probably about 25 years old, and he had tattoos all over him, including on his face. The driver was a regular looking Arab guy about 23 years old, with no tattoos and no memorable features. I never asked how old they were, these are just guesses. Trappy did ask how old I was though, and I told him 17. The drive was honestly pretty chill, we just talked about random stuff and I didn’t feel creeped out or get a weird vibe at all from him. When we got to Belleville, I think it was like 9pm or something like that. Trappy asked me if I wanted to be dropped off somewhere or if I wanted to keep chilling with him. I had been having a decent time on the drive, so I said I’d chill a little while longer.

Trappy said he had to go pick his girlfriend up and drive her to work, and I remember thinking it was kind of weird that he had a girlfriend and had no problem having a random girl in the car when he drove her to work, but I figured I’d let it play out and see what happened. So the driver drove over to a house, and we picked up this girl. This girl was absolutely stunning, like drop-dead gorgeous. She had tattoos all over, just like Trappy, had short, sleek, stylish black hair, and her makeup was perfect. She had a medium-size gym bag with her, and she got in beside me. Trappy introduced us, and she smiled at me and shook my hand. It wasn’t awkward at all.

Next, we drove to a strip club. I was 17, so clearly I had never been to a strip club before. Trappy knew how old I was, but he said he could get me in if I wanted to come inside and check it out. At this point I was super pumped about getting into a place I’d never been before and seeing things I had never experienced before. Needless to say, I said yes to going into the strip club. When we went inside, Trappy’s girlfriend went upstairs to the changing rooms to get ready for her shift, and Trappy, his driver, and I grabbed a booth in the far back corner of the club. A shooter girl came over and offered us drinks, which Trappy got from her without paying for, so now we all had shots in our system and drinks at our table.

When Trappy’s girlfriend came back downstairs 20 minutes later, she looked SO GOOD. If I had been asked to imagine the ideal woman in my mind at that point in my life, she would have been a mirror image of this girl. She had beautiful tattoos covering both her arms and some randomly placed ones on her legs and body, she wore a gorgeous one piece with a long lace overcoat and giant black stilettos. She looked like an alternative model or something. She looked too good to be talking to me, but she was.

She gained my admiration and respect that night. She was kind to me, but when customers would come over and talk to her, she was curt toward them, yet they still paid her for dances. Her stage shows were gorgeous too. In my mind at that time, she was just everything I could ever aspire to be. We all got drunk and then at the end of the night, we went over to a motel, where Trappy got a room, and we continued to drink there. Trappy offered me a line of cocaine and I would’ve said no, except that his girlfriend did one, and that made me want to do one too. By like 3 a.m., his girlfriend said she got a call and they had to leave, so Trappy left me in the motel with like 3 grams of coke provided by him, and said goodnight.

This scene played on repeat for the next three days. I was unaware at the time, but this is called grooming. Each pimp does this in a different way, and depending on the girl they choose to groom, they use different methods. Trappy saw how much I looked up to his girlfriend, so he used that to his advantage. On the fourth night, while we were chilling at the strip club, I told Trappy that I wanted to do what his girlfriend does, I wanted to make money and be happy and look cute, I wanted all of it. Trappy said that although he could get me into the club and get me drinks without my ID being checked, he couldn’t get me a job there underage, but that there were other things I could do that she does.

For the next couple weeks, Trappy had me working out of that same motel room that we had been chilling in every night after the club. He had me priced at less than even half of what the other girls on the Backpage website were charging AND I was underage so realistically he could’ve had me priced at MORE than the others, but I guess he wanted to increase how many customers came to see me. I obviously didn’t know all of this information at that time, though, I didn’t even see my own ads or know what the site was, I learned all of this later on. I did, however, know that something was wrong. As soon as I started making money, Trappy convinced me to give it to him. It’s crazy, because looking back, I wouldn’t have believed a word that came out of his mouth, I wouldn’t trust that man as far as I could throw him now, but I did then. I was young and dumb.

I gave him all of my money for two weeks, and got nothing in return. The nights out to the club stopped, the drinking stopped, the free cocaine stopped. I barely ate because I didn’t have any money on me other than my debit card with the money my mum and I had come up with for a hotel for the week, and I didn’t want Trappy to know about that money because I didn’t want him to take it. So I only ate at random times when I could get out to a fast food place without him knowing. I was getting so fed up with it all. For some reason, this man thought he had me hooked. He was cocky, but so was I, and I knew I wanted more than this. One day he came to the motel to pick up ‘his’ money, and he asked me if he could leave these two bricks of cocaine in the room while he went to do a “run”. I said yes, and didn’t expect to do anything except hold onto the bricks for him and then give them back when he returned, but that’s not what happened.

Ten minutes after Trappy left, I searched the room for some money. Sometimes he left some lying around – but this time there was none. So I took the two bricks of cocaine, put them in my tote bag, grabbed my suitcase, and booked it out of that motel room as fast as I could. I didn’t even have a thought process at this time. I was in Belleville, I didn’t know anyone in the city other than who Trappy had introduced me to, and I didn’t know where I was going to go, but I dipped out of there so fast and ended up in a strip club across the street that, in passing, Trappy had said was dingy and that no one goes to.

I asked the bartender to put my suitcase behind the bar, ordered a drink from her, and went and took a seat in the corner. She just gave me the drink and thought nothing of it. She didn’t even ask for ID. So Trappy wasn’t some magic man who could get me drinks underage, I learned, it was just all about confidence. Act like you know what you’re doing and people think that you do.